Conference to focus on rather unknown life of Czech Jews´ rescuer 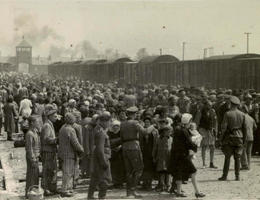 A conference focusing on Karel Weirich, the late Czech journalist and CTK correspondent who saved the lives 200 Czechoslovak Jews in Italy in wartime, will be held in Prague on the eve of the October 28 national holiday when a high state decoration is to be bestowed on him in memoriam.

The conference will be held by in the Italian Culture Institute seat on October 26. It has been staged by the institute together with the Gariwo - Garden of the Righteous organisation together with the Carmelite Publishing House that has issued a book on Weirich these days. The speakers at the conference will include the book´s author Albrechto Trochnin, Cardinal Dominik Duka and Weirich´s niece Helena.

The life story of Weirich (1906-1981) has been unknown to both the Czech and Italian public until recently. Weirich lived in Rome, where he was born as his father, a sculptor, moved there after being granted a regular subsidy in the Italian capital city. Weirich wrote for Italian newspapers such as Messaggero and worked in Catholic mission institutions and also as CTK´s correspondent in Italy and the Vatican.

In 1941, he was dismissed from the last mentioned post over his unconcealed anti-Nazi positions. He joined the St Wenceslas Fund´s effort to help the foreigners in Italy who had been interned by the Mussolini regime in 1940. These people were mainly the Jewish refugees who failed to leave Europe in time. Thanks to Weirich´s courage and sense of justice, he succeeded in organising, from Rome, help to persecuted Jews coming from Czechoslovakia.

He focused his activities on the concentration camp in Ferramonti di Tarsia, Calabria, where several hundred Czechoslovak Jews were interned. The Jews were passengers of Pentcho, a boat that was to take them to Palestine but wrecked. Weirich himself ended in a concentration camp. The liberation of the camp by the U.S. troops and the end of the war saved him from death.

Tronchin´s book describes Weirich´s activities in aid of Jews and puts local events in context with the history of the Holocaust and anti-Nazi resistance. It presents archive documents, photographs, secret reports and lists of Weirich´s aides and those saved by him. On October 28, the national holiday marking the birth of Czechoslovakia in 1918, President Milos Zeman is to bestow the highest state decoration, the Order of the White Lion, on Weirich in memoriam.