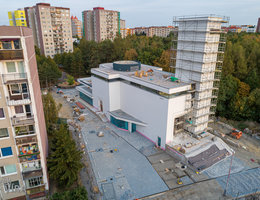 On Sunday, 22nd November 2020, Cardinal Duka consecrated in the Barrandov district of Prague new church of Christ the Saviour.

On Sunday, 22nd November 2020, the new church of Christ the Saviour was consecrated in the Barrandov district of Prague, known as the centre of Czech film studios. The main celebrant was the Archbishop of Prague Dominik Cardinal Duka OP. Due to the current hygienic situation, only a few priests and ministers could attend the three-hour ceremony inside the church. Believers watched the ceremony on an outdoor screen or at home in front of televisions, as it was broadcast by the Czech Catholic channel Noe.

At the beginning of the solemn Mass, Cardinal Duka thanked the initiator of the project, Revd Josef Ptáček, the local spiritual administrator, and  ymbolically handed him the keys to the new church. The consecration of the church itself involved the insertion of the remains of the Czech saint, Princess St. Ludmila († 921) to the altar mensa, oiling the altar and the walls of the church by chrism, lighting five incense fires on the altar and incensing the whole church.

The main reason for the construction of the new church is the constantly growing population of Barrandov, which has multiplied over the last decade. The new complex includes not only the church, but also community centre with a hall, club rooms, library, children’s corner, and café. From the beginning, the construction has been accompanied by great interest from the inhabitants of Barrandov. Most of the costs were covered by the parish and its supporters. The collection was accompanied by a number of moving stories. The church was supported by inheritances or lifelong savings, small children also contributed by individual coins. The local

organist decided to donate the organ to the church. This whole work was accompanied by enormous spiritual force. Bruno Barrande, descen-dant of Joachim Barrande, French palaeontologist (1799–1883), who, during his several years in Prague, examined in detail the geological shape of the hill on which the new Prague district was built, and discovered a number of fossils of extinct creatures, also closely followed the construction of the church from the south of France. The neighbourhood Barrandov is named after Joachim Barrande. 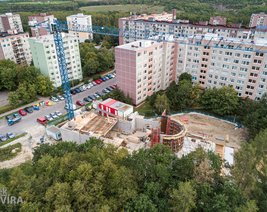 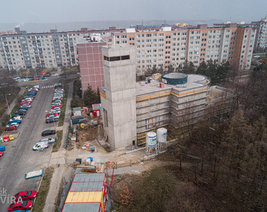 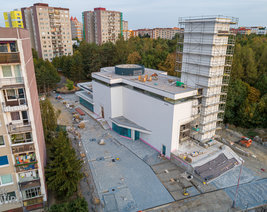 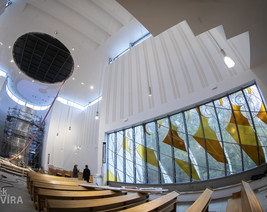 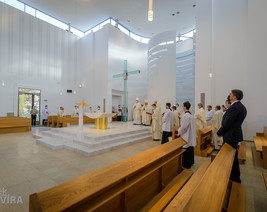 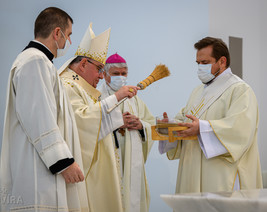 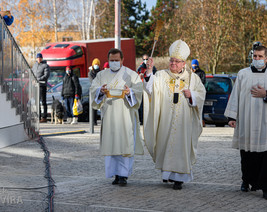 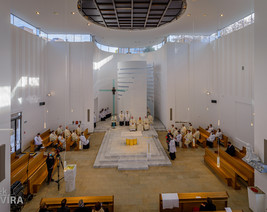 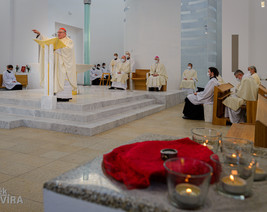 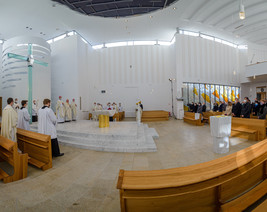 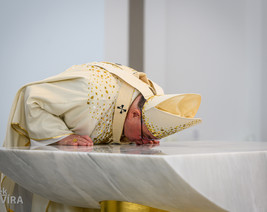 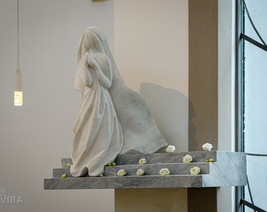 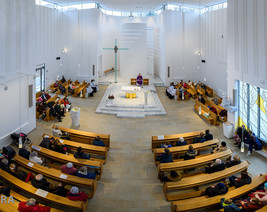