Congratulation to The Queen Elizabeth 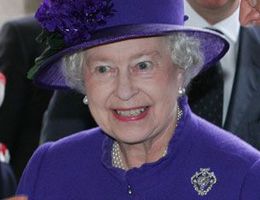 Cardinal Dominik Duka OP visited on 14th June 2012 Mrs Sian MacLeod Ambassador of the United Kingdom in Prague. He gave her the congratulation for the Queen's Diamond Jubilee.

I would like to congratulate to you at the occasion of your diamond jubilee. I have always appreciated your role in the society as Queen but I have always admired you also personally as someone who gives her personal “value added” to the office of great authority, sense of stability, example of moral life.  Also I would like not to neglect the spiritual role you have in the society of the United Kingdom and the Commonwealth as the head of the Anglican Church. I would like to wish you many happy years ahead, silent joy, peace of heart, love of your loved ones and above that the blessing, grace and help from our Lord.

Let me include to this letter, Your Majesty, one personal note. My father, František Duka, for two years served during the World War II in the British Royal Air Force. He remembered seeing you serving at the airport driving every morning to work there in your uniform. He deeply admired your bravery with which you supported by giving a good example  the British people who were so severely tested by the attacks of Nazi evil.

While remembering these days the 70th anniversary of the assassination of Reichsprotektor Rheinhard Heydrich by the Czech members of the British RAF which prevented him from liquidation of the whole of the Czech nation, I would like to thank the Great Britain for our deliberation in 1945. The gift of freedom has been at a very high cost payed with lives of many young soldier. Even a single life has not been lost in the eyes of the one who said that there is no greater love than of the one who lays his life for his friends. We will never forget. It is hard to put more in the words.

God bless You, Your Majesty

Primate of the Czech lands